Posted May 17, 2018
This week, students from Bristol University have been holding a new exhibition in Berkeley Castle. On Wednesday, James Stone and Daniel Brown, second year students, gave informed insight into the cornucopia of outstanding finds contained in the exhibition from over our 14 years of excavation at Berkeley. 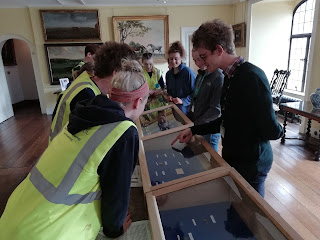 The exhibition consists of a chronology of material culture and archaeological artefacts, ranging from the Roman period to the post-medieval period. Notably, the Roman bone die, the Anglo-Saxon 'gnome' and the 15th century arrow head.

We are unsure of the date of the bone die, other than the fact that it is Roman in origin. Dice have had an integral part of gaming for centuries, even back in the Roman period. The ancient Romans had a game played with dice called Tesserae. Tesserae was played with three dice and the best score was three sixes. Bad scores were called “dogs” and the high scores were called “Venus” after the goddess of love. 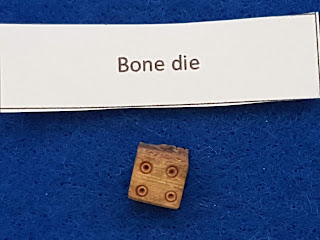 We are also unsure of the date of the Anglo-Saxon 'gnome'. The gnome is actually the head of a woman, which would have made up part of a decorative handle of a knife, and she has quite beautiful, inset glass eyes. 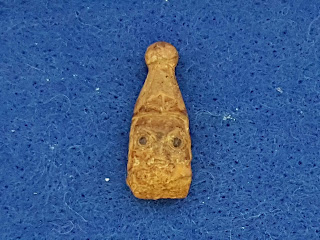 The arrow head, dating back to 15th century, is a unique example of an intact iron arrow used for hunting. It is rare to find such a complete example of a hunting arrow. Unusually, this hunting arrow doesn't have barbs on it to slow the animal down. 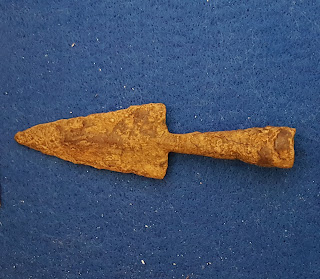 When shown the artefacts, second year student Tatiana Dowley said "I like digging [at] Berkeley because it gives me an awesome sense of joy and satisfaction, but I had no idea there were so many wonderful finds! They give me a cultural and historical insight, which helps fan the flames of my interest in not only land archaeology but maritime archaeology". 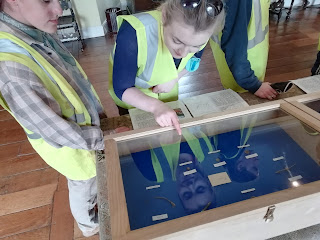 Julia Blackmore, another second year student, presented the exhibition on Tuesday and expressed her enthusiasm for talking to the public about the display.

This exhibition is run by students from Monday to Wednesday, and by friends of Berkeley Castle on Sundays, and will be running up until the 30th of May. It is open to all members of the public with entry to the castle. The exhibition aims to encourage more people to engage with the archaeology of Berkeley and out findings, and to show people the fruits of our hard labour in the trench. 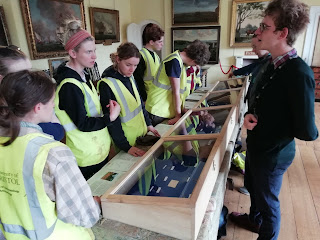 -By Mark Ridley and Declan Bell-Evans