On site yesterday we had our dose of exciting discoveries and re-interpretations as well as visits from Current Archaeology and the annual Friends of Berkeley tour of the excavations run by site director, Stuart Prior.

After ten seasons of hard work, we at the Berkeley Castle Project are thrilled to be the focus of a spot of media attention from the archaeological magazine: Current Archaeology. Their assistant editor, Carly Hilts, spoke with Stuart Prior and our site Supervisor Sian Thomas about the possibility of an upcoming article about the Berkeley excavations and the significance of so many layers of English history being uncovered from one trench. After talking to our supervisors and students and taking photos of the trench, Carly got hands-on with some of our recent finds before joining Stuart's tour of the excavations.
Every year, members of the Friends of Berkeley Castle are taken on a tour of our site to see how we are progressing. They also get to meet the students and engage with the artefacts that we have uncovered. Yesterday's tour followed the same path as the student-led tours of the dig that have been taking place every Tuesday during our excavation season and is available to any member of the public who has purchased a ticket to view the castle. 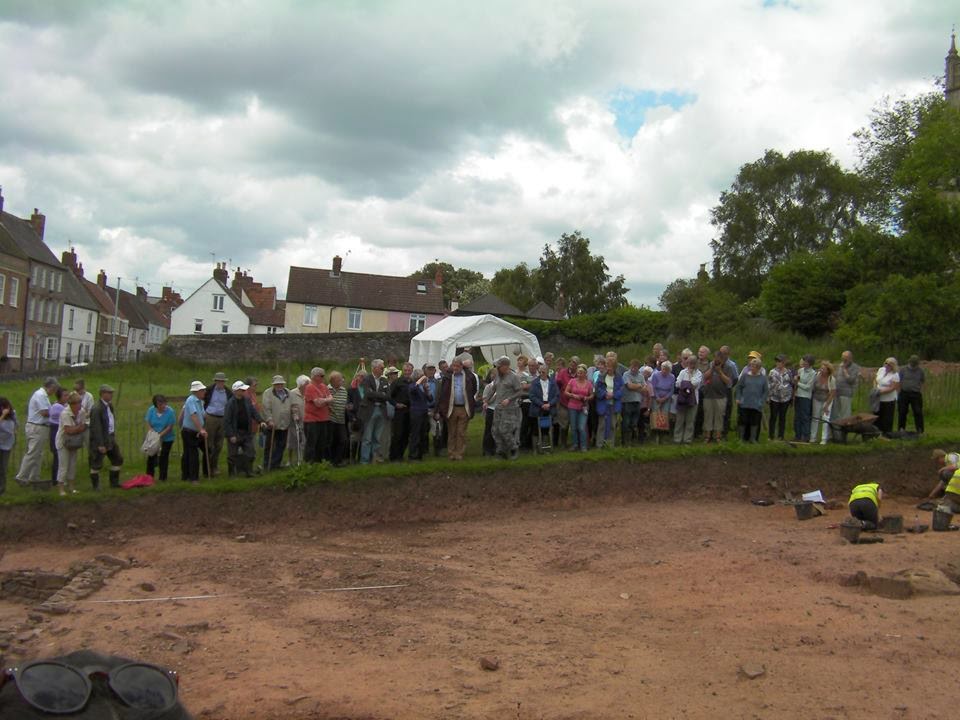 The onlookers - Stuart explains our work to the Friends of Berkeley

As per usual, Stuart began the tour in the butterfly garden of the castle where our first trench was placed and indicated the location of the archaeological features of the Anglo-Saxon minster that first brought the University of Bristol to Berkeley Castle. From this point it is easy to see why we have excavated in particular locations around Berkeley, from the garden of Dr. Edward Jenner to the beer garden of the Berkeley Arms Hotel and why so much of our efforts have been placed in Nelme's Paddock.
The Friends of Berkeley tour continued to the castle itself where the University of Bristol and the Castle Studies group have been re-interpreting the chronological order in which the castle was erected. This is brand new information and is really exciting news for us as it may even see us setting up an excavation inside the castle courtyard in future seasons! A table displaying our recent finds was laid out for guests to look at, ask questions about and handle, which went down like a storm and many of the Friends of Berkeley dropped in to the social media office to take part in our artefact handling station.
At the paddock, Stuart explained the current interpretations of all of the features we've uncovered and talked about the extension of the trench and the opening of Trench 14 this year. As many of the guests have been on this tour every year it was exciting for them to see how things have changed over the time that we've been at Berkeley and one guest remarked how breathless archaeology can be - just when you've found out one thing the interpretation changes thanks to uncovering some pottery. But surely, this is part of what makes it fun! Some people might think that archaeology and history are static but they are in fact dynamic studies that are constantly being updated as we gather more information. 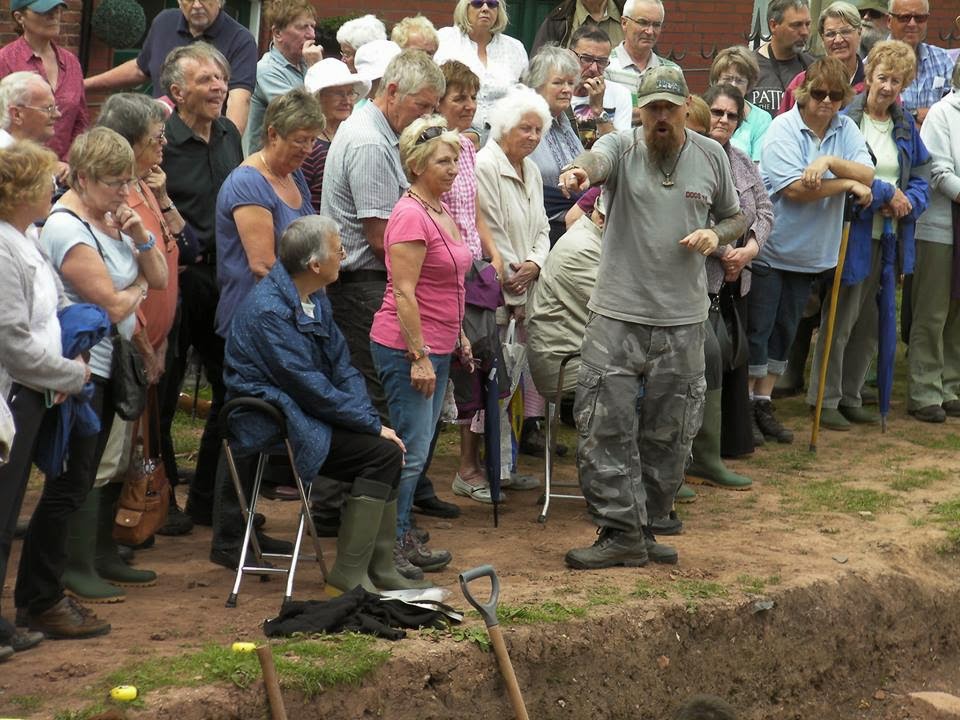 Stuart Prior in his element

Everyone at the Berkeley Castle Project would like to thank the Friends of Berkeley for their constant support of our aims and for their unyielding enthusiasm for the archaeology that we are uncovering. Until next year!