Humans of the Trench - Part II

Posted June 01, 2017
After the success of the first Humans of the Trench, we thought you’d like to meet a few more of the many students we have here at the Berkeley dig and what they have enjoyed about their time with the project. 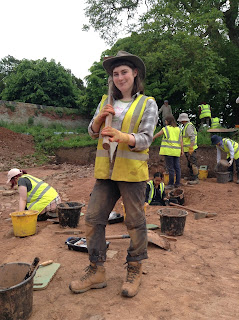 Abi is a first year student who enjoys mattocking and how effective it can be to get to the archaeology underneath. She loves how it can break through layers of the past.

Abi particularly likes the discovery that comes with working outside in the field. She has found a number of shiny animal teeth and has been impressed how something so old still looks so new. The best bit of archaeology and working at Berkeley has been applying that knowledge from lectures. 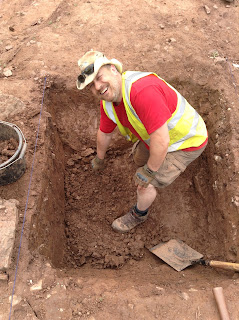 Mark is a first year student who found a nearly complete sheep jaw and the butchery evidence gave him a real feeling of connection with people of the past. Mark loves the whole process of archaeology. He loves being able to take part in everything from surveying and digging to processing finds.

The completion of the tasks is what makes Mark happiest and he will keep working until the job is done. 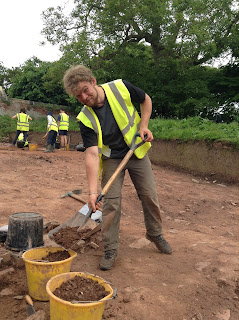 Third year student Ciaran is back at Berkeley before starting his masters. He has a love of digging with a mattock as it helps him move the most earth. He loves that in archaeology you never know what’s under the next clump of earth.

He has found that his time at Berkeley has improved his communication skills and helped him to manage people. Ciaran has been working with a tight nit team who have been moving serious earth and uncovered some amazing archaeology. 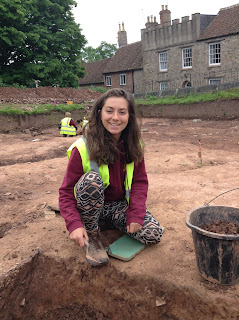 Lily is a second year student who finds using a mattock one of the most cathartic things she does, even going as far to say “I have a passion for mattocking.” We’re big fans of mattocks here at Berkeley.

Apart from hitting the ground Lily loved finding the finial from a medieval tomb and won 'Find of the Dig'. Lily has found the team work at Berkeley brilliant and has loved working with people to unearth some interesting archaeology.

We'll be back with Humans of the Trench - Part III including our wonderful guests, the Fulbright Scholars.