Posted May 23, 2014
Over the last ten seasons, we have opened various trenches around Berkeley in order to create a clear image of the archaeology in the environs. In recent years our main foci have been the paddock and Jenner garden with various other test pits and exploratory trenches set up in strategic locations to explore particular aspects of the Berkeley area. This year our primary trench is the paddock where various features are being uncovered and the excavation of the Norman house that we found last year continues.
In the last few days we have opened a small trench running alongside the paddock. This was opened up as a result of past test excavations in previous seasons where evidence of a brick and rubble deposit  had been uncovered. One of our theories to explain this is that this may indicate the presence of a kiln, possibly Tudor, on site. This is particularly significant because Tudor bricks were made by hand and increased evidence of Tudor brick and any kiln like features would certainly infer that Tudor brick work in Berkeley was produced in the town itself. The only way to produce evidence about the area was to open up a new trench. So far finds have included a lead token and the imprint of a token, various buttons, a thimble and a ring brooch, as well as an enormous amount of brick work and evidence for burnt layers. This is all really exciting for us and we look forward to making all kinds of amazing discoveries. 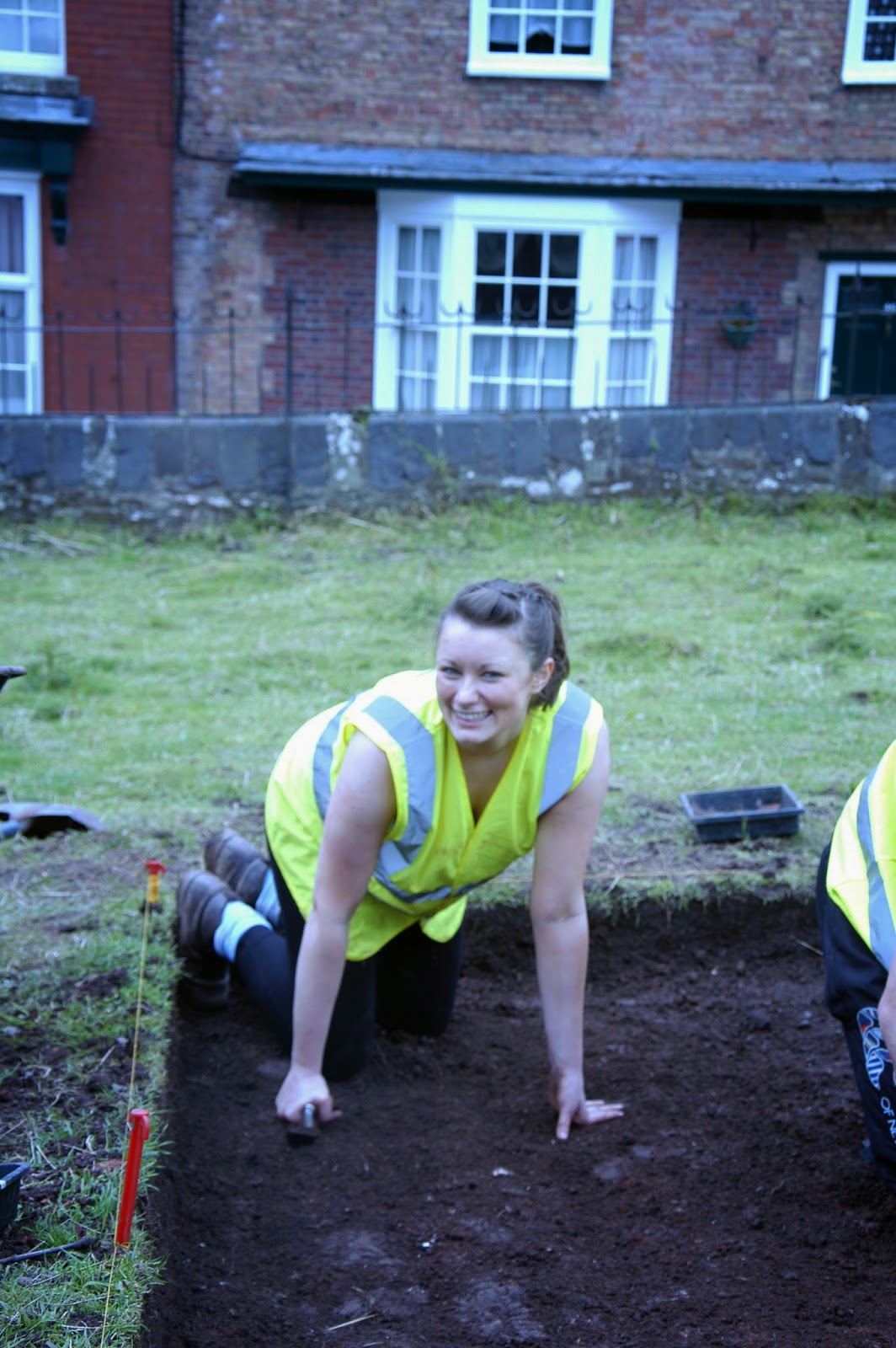 The opening of a new trench has been incredibly helpful for our students because it allows them to take part in the excavation process from the beginning. This has resulted in our students taking an active role in the excavation of this trench from the removal of top soil and the breaking through of new layers very early in their excavation career. It has also enabled our final year students to take on a supervisory role and gather valuable experience for the future job market. One of our dig supervisors, Sian Thomas, stressed the importance of the ‘heavier duty’ side of excavation. It’s not just troweling away layers of soil at a professional archaeological level. You can do wonders with a mattock and new trenches certainly provide the experience and expertise that will benefit our students in the future.